CSS (Cascading Style Sheets) is a web technology that allows web developers and designers to separate the presentation of their site from it’s content.

I get it: sometimes project scope, cost, and time limitations get in the way of doing the right thing.  That’s why professionals who damn-well know better take shortcuts like using inline styles. These tactics rarely save time in the long-term. This article explains why and suggests some long-term solutions to the problem of inline styles.

What Is an Inline Style?

Both types of inline styles suck, and I’m about to tell you why.

Why Do Inline Styles Suck?

I’m of the opinion that we should avoid <style> and the style="" attribute except in the most basic situations.  Why would I make such bold assertion?  Because of experience, that’s why! There are many reasons that inline styles suck.

Inline Styles Defeat the Purpose of CSS: Separation of Concerns

If you’ve been in the web design business long enough, you’ll remember how hard our forefathers like Jeff Zeldman worked to pave the way for the semantic web (a pipe dream, for better or worse).

To sum it up, folks like Zeldman fought for all browsers to support some very basic features. They wanted support for XHTML: a markup language that defines the structure and meaning of the words on the page, and not so much their style. They wanted support for CSS: a language that describes how those words should look on screen, in print, and on various other devices. Their reasons?

Inline styles defeat many of the goals of semantic markup. Inline styles add to page weight and must download each time the page loads, even when the styling hasn’t changed. The style="" attribute is especially nasty: it remarries presentation and content, making it impossible for devices to style differently based on context.

And while most designers don’t give a damn about how an inline style might add a few bytes of page weight or how assistive technology might interpret their page, they probably do care about mobile.

I recently ran into a situation where dozen of pages created inside a CMS were given two-column layouts by using inline style attributes to define floats and static widths. This was fine before the mobile web was a thing and every  browser could handle a 960 Grid System layout. But by defining positioning inline on dozens of pages, the developer effectively made the job of making this site mobile friendly far more difficult. The Fiddle below shows what happens to these column definitions when they appear in a 960gs page versus mobile:

There are several methods for loading CSS more efficiently, and none of them apply to inline styles:

Inline Styles Make Finding the Source of a Style Difficult

Consider a pretty simple example.  You’ve got a website managed by a content management system and you want to change the styling on a particular page. (Let’s say it’s WordPress for this example, but it really doesn’t matter.)  First you need to find out where the current styling originates so you can change it. Being familiar with the CMS you know that styles could be set by:

It’s pretty obvious that locating a style’s origin gets pretty complicated when you stop stashing styling rules in a common location like style.css. Tools like Firebug and Chrome’s Developer Tools can help you determine the source of a given style.  They’ll even tell you the exact line number in an external stylesheet where a style is defined, or tell you where in the HTML markup an inline style has been defined.

The key words in that statement are “in the HTML markup.”  Remember 20 seconds ago when I listed all the server-side code that could be generating inline markup? Tools like Firebug can only tell you where a style is defined in the HTML markup the browser receives. They can’t tell you which server-side code generated the markup. Relying on inline markup can leads to entire hours lost searching server-side code and database content just to figure out why a certain element is bold, the wrong color, or badly positioned.

Inline styles contained in a   <style>...</style> block only affect elements on the page in which they live.  Styles in an   style="" attribute only affect the HTML element on which they’ve been defined.  So by their very nature inline styles create scenarios where copy/paste feels like the only solution, and by extension they introduce inconsistencies into your web design. Consider the code below. In the HTML markup we have a single <div/> with a class="message" and some inline styles to make it look like an error message.

We’re so thrilled with our new error message styling that we decide to use it on a few other pages! But since our styles are inline and we don’t want to waste time editing what already works and creating an external style sheet, we copy & paste what we already have.

Months later we realize that our background color isn’t exactly easy on the eyes and want to change it. First of all months have past and we may not even remember writing this code, and must track down where the styles are defined. Second, we realize because of our up-front laziness we now have to change it in several different places, and if we miss even one, our message styling won’t be consistent throughout the site. At this point we realize that it would have been far easier and far more consistent to just externalize our style in the first place. In the example below I’ve moved the styles to an external style sheet, where changes only need to be made once:

Why Do Developers Use Inline Styles?

All the points I’ve made in this article are pretty well-known.  So why do seasoned developers that ought to know better still keep using inline styles?

If you’ve been given a common task like changing the layout or the fonts on a single item or a single page, an inline style might feel like the best solution to that specific problem. The project scope might be “made this heading bolder” or “switch the Products Page two a two-column layout”, not “create a reusable style for page headers” or “create a responsive two-column layout for page Y.” Not only are you not getting paid to think about how your solution might effect the site in the future, your work culture might completely disincentivize doing things the right way by rewarding quick, billable solutions, no matter how hacky or void of forethought they may be.

Explain to your boss why you should take the time to solve the problem the right way, and do it. Unless you’re working with an inferior CMS that gets in the way of getting your work done, it shouldn’t take much longer than adding the CSS inline.

Some content management systems don’t provide a way to target a specific piece of content with CSS other than including the CSS in the content itself. This was true in old versions of WordPress, and the problem still exists in themes that don’t follow the practice of calling  body_class() in their header templates.

Last Friday my entire day was consumed by fixing problems caused by other people’s erratic use of CSS. A perfectly good mobile template was blasted to bits by inline styles coded into page content saved in their live CMS.  While I’m sure there are some situations where an inline style might be the best solution, I have yet to run into any of them. Please style responsibly.

This article is a response to a blog post titled “Web Programming is Hard!” The author expresses her frustration at being denied interviews for web programming jobs because she comes from a desktop/embedded system development background.

Let me tell you a little story that may make you feel better about the difficulties of web programming.  I work at a school, and about a decade back (before I was hired) they commissioned a programmer to build a customized student information system.  You couldn’t meet a nicer guy, but he was an engineer who followed the money into Visual Basic development.  He’s a smart guy, but originally not a programmer by trade or training.

About four years back they reached the limitations of that program.  More people were using it over wireless, which caused the Access database on which the VB front-end relied to become corrupted.  It began getting slower.  His programming relied on a separate program that ran continuously on a server to calculate grades.  On top of that, some of the VB 6 controls have nasty rendering issues on Vista and Windows 7.  It was time for a rewrite.

The requirements set forth for this new application were, 1. It must be web-based, 2. It must use a full-fledged RDBMS (SQL Server was chosen), 3. It must have a parent module they can access from home. The programmer, having never developed a web application in his life, decided on a set of technologies he’d never used: C#, ASP.Net, Silverlight, and IIS.

It’s four years later and we don’t have a web application.  The desktop application we do have is alpha at best, still doesn’t have all the features of the original, doesn’t have a parent module, and requires me to install about 5 libraries (requiring 2 reboots) before I can install it.  The only requirement that was met was to use SQL Server, and we’re a little leary of that because he couldn’t make his program work without admin rights to our entire SQL Server. The only reason the project continues is because certain stakeholders feel too invested to throw in the towel.

This is the story of a perfectly intelligent man who bit off more than he could chew and failed to understand one simple idea: web applications run in a browser.  Web development is different.  As others have said, it’s not any more or less difficult than desktop development, but there is an entirely new set tools, requirements and obstacles that you need to understand going into it.

Even if you consider yourself an expert in other forms of programming my recommendation isstill  to start with HTML.  HTML is just markup and no logic (just like XML, it applies structure and meaning to data), so it’s generally easy to pick up.

Then learn CSS.  You don’t have to become an amazing designer, but understand positioning, the box model, and font sizing, before you move on.

Next learn JavaScript, and make sure to add jQuery or another framework to your toolbelt! It wasn’t so long ago that you could develop a successful web application with little to no JavaScript, but that’s not the case anymore.  JavaScript is an integral building block of the present and future web. Make sure you have a good understanding of JavaScript’s types (everything is an object), JavaScript scoping issues, closures, JSON (JavaScript Object Notation), and Ajax.

Once you have a good grasp of the client side, then pick a server-side tool, whether it be ASP.Net, PHP, Ruby or Java. Then start small.  Even if you already know the language from a desktop development standpoint, write a program that outputs a “hello world” HTML page first.  You can write the next Facebook tomorrow! 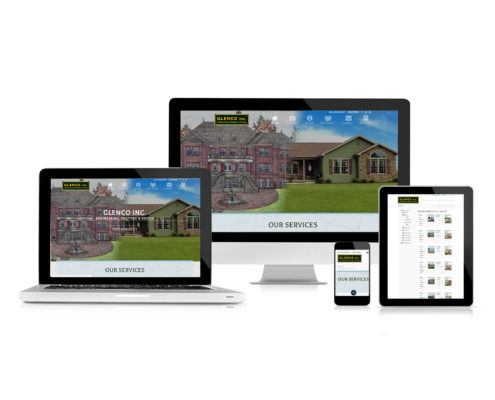