Kill It With Fire! How Facebook is Assimilating and Destroying the Internet – Reich Web Consulting

It began as a trickle.  An email from Windows Live on behalf of my friend Tricia.  An hour later three more arrive from something called Flixter on behalf of three other friends who signed up for whatever it is the site has to offer. As more websites adapt the new Facebook for Website’s interface in a grab for a slice of their 300 million users, Facebook will quickly become the glue that holds the Web together.  And that’s not a good thing.

The Thing About Glue Is…

Dan Yoder at rocket.ly already outlined 10 Reasons You Should Stop Using Facebook, but let me break it down for you. Facebook is not a responsible steward of your private information and online relationships. As I said, Facebook aims to be the glue that holds the Web together.  But glue–like many building materials–contains formaldehyde, a known respiratory irritant and carcinogen.  In other words it rots your guts from the inside out. Facebook seems to be doing the same to the Web.

If you stay logged into Facebook, any website that implements the new Facebook for Websites API can communicate back to Facebook and perform various actions on your behalf including but not limited to: posting to your wall, and emailing your friends on your behalf. That’s email, not Facebook messages which is an important distinction, especially considering the stringent email archiving requirements of today’s businesses and corporations.  In other words, Facebook and other websites are now sending me emails I have absolutely no control over, and because I work at a school those emails are becoming part of public record.

I’ve long accepted that anything I do on a social network is public knowledge.  If you don’t want it to be public, then don’t post it online.  This is the law of the land when it comes to Facebook, but do you accept those same conditions for every other website that you visit?

Do you want your coworkers to see a stream of wall posts on your behalf throughout the workday?

Do I want everyone knowing what I rented from Netflix?

For the sake of argument, lets say you’re a closeted atheist/democrat/homosexual/whatever your parents hate.  A stream of your Internet activity would almost certainly out you, were the sites you visit and the news you read to be posted to Facebook.  How would you feel if Facebook came out of the closet for you?  Perhaps angry, perhaps liberated, perhaps thirsty for a lawsuit.

The Internet was never supposed to work like this.  Cookies, the technology that websites use to store data about you as you surf, are “sandboxed” for a reason.  That is, a website can only read cookies that that website has created.  It’s both a safety precaution and a barrier to innovation.  Facebook has breached that barrier and in the process torn that safety net wide open.

Perhaps I’m alone in my reasonable expectation of privacy.  Perhaps not.  But unless something changes, I will be deleting my Facebook account and I won’t be looking back. If you are concerned with privacy and how Facebook uses what used to be personal information about you and your personal relationships, I urge you to do the same. 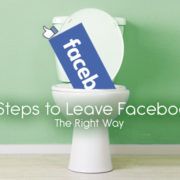 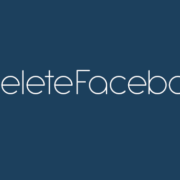 In the Wake of #DeleteFacebook, It’s Time to Rethink The Free Internet Economy